How to choose the right 3d printing material?

3D printing or additive manufacturing technology, known for its advantages of low-cost and quick turnaround in prototype and on-demand production. It provides product designers and engineers more possibilities when developing new products.

However, because of the rapid changes in 3D printing, the materials it can print also change almost every month. This article aims to help users choose the most suitable 3D printing materials while reducing the cost of use.

It takes around 15 minutes to read

FDM( Fused Deposition Modeling)
The process uses a digital design (Gcode) that is uploaded to the 3D printer. The filaments are melted and fed onto the build plate, as the nozzle moves across the build plate, the plastic cools and becomes solid, forming a hard bond with the previous layer, layer by layer until the object is finished.

Stereolithography(SLA)
The SLA 3D Printers begin drawing the layers of the support structures, followed by the object itself, with an ultraviolet laser aimed onto the surface of liquid photopolymer resin. After a layer is imaged on the resin surface, the build platform shifts down and a re-coating bar moves across the platform to apply the next layer of resin. The process is repeated layer by layer until the object is complete.

Selective Laser Sintering(SLS)
The SLS machine begins sintering each layer of part geometry into a heated bed of nylon-based powder. After each layer is fused, a roller moves across the bed to distribute the next layer of powder. The process is repeated layer by layer until the build is complete.

Multi Jet Fusion(MJF)
Multi Jet Fusion uses an inkjet array to selectively apply fusing and detailing agents across a bed of nylon powder, which are then fused by heating elements into a solid layer. After each layer, the powder is distributed on top of the bed and the process repeats until the parts are complete.

Direct metal laser sintering(DMLS, SLM)
The DMLS machine begins sintering each layer-first the support structures to the build plate, then the part itself, with a laser aimed onto a bed of metallic powder. After a cross-section layer or powder is micro-welded, the build plate shifts down and a re-coater blade moves across the platform to deposit the next layer of powder into an inert build chamber. The process is repeated layer by layer until the part is complete.

>>How to save the 3d printing cost?

Compared with CNC, 3D printing is not sensitive to the complexity of the objects. For example, in IN3DTEC’s China factory, one technician can control 15 to 20 devices at the same time. Therefore, the cost of 3D printing mainly depends on the weight of the part, So the most direct way to reduce costs is to make less weight of the objects, below are 4 free tips,

Samples with low strength requirements can be hollowed

3. Reduce the infill percentage(mainly for FDM)

4. Avoid any structure needs much support (Talk to us for any confusions) 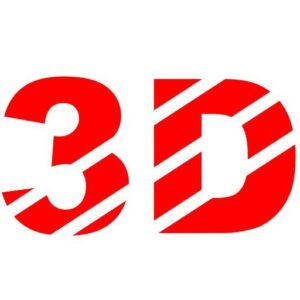 How to select the right CNC material and finish?

How to select the right CNC material and finish? Materials for CNC machining Material selection an incredibly important part of any manufacturing process, but engineers 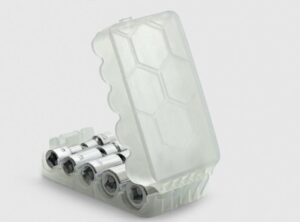 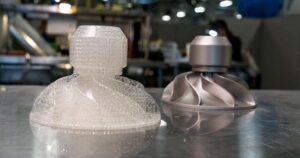 What is Investment Casting? 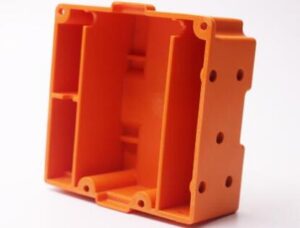 5 tips to reduce injection molding costs While it is now regarded as a fairly cost-effective process, injection moulding is fundamentally a higher cost manufacturing

Send Us A Message

PrevPreviousWhat is PEEK in 3D printing?
NextWhat’s is Vacuum casting?Next